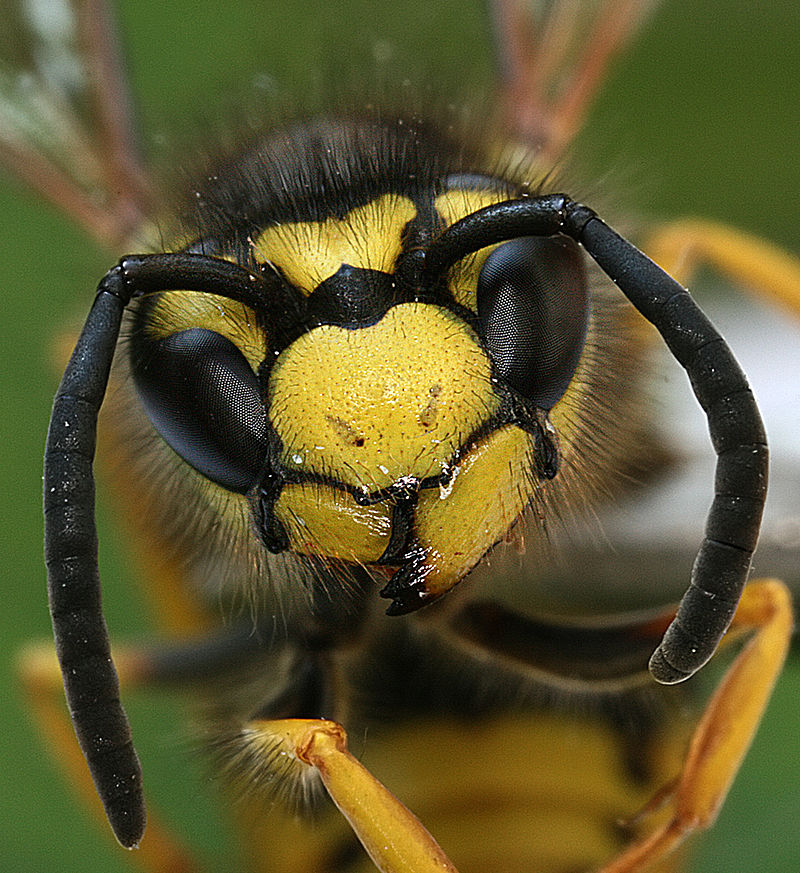 Yesterday, I felt spectacularly sleepy on getting out of bed.  I tugged off my nightwear and had a wash. Time to get dressed.  As I reached to open a drawer, a movement caught my eye and I realised there was a wasp on the inside of the curtain.

My glasses weren’t on yet and I squinted at it cautiously, all too aware that I was…(excuse my British hesitation)…well. I didn’t have any clothes on. At all.

There are two windows in our bedroom so hoping to attract it to the light outside, I flicked open the curtain slightly on the other window – which was open (stretching myself out awkwardly so I wouldn’t be visible to any outside!).  Then I tugged at the curtain where the wasp was lounging. It wobbled and buzzed in irritation.

I gave the curtain a firmer tug.  Of course, instead of flying towards the daylight, the wasp flew towards me.  Felling rather naked (because I was) and unable to focus on it as I couldn’t see properly, I backed up rather too quickly.  I twisted, tripped and hit my thigh on the bed post with such force that I promptly collapsed on the floor with a yelp.  I then couldn’t get up as I couldn’t, in that moment, put any weight on that leg. I felt ridiculous.

My husband came into find me yelping, naked, on the floor and making mutterings about a wasp, which he couldn’t see anywhere.I must have looked as ridiculous as I felt.

“It must have gone.”

He gave me a hand up and I proceeded to dress in a hurry, gratefully putting my glasses on.

I drew back both lots of curtains suspiciously.  Poked at the bedcovers, just in case.

Finally, as I went to switch off the bedside lamp, the wasp fell out of the lampshade. It was attracted to the light, just not the one I had in mind.

This time I was fully clothed and had my glasses on and oh what a difference it makes.  I was still cautious – I have been stung before (without provocation on my part, it landed on the back of my neck). But I felt able to get a piece of paper and herd it out of the window. Wasps aren’t great at being herded, but we got there eventually.

Why am I telling you this?

Sometimes life seems absurd and overwhelming and we don’t feel equipped (or dressed, in my case).  If I’d seen myself I might have said I was making a fuss. Do we sometimes judge others on their reactions – not realising that a series of events have conspired to make that minor thing more difficult?

Don’t make a mountain out of a molehill, we say.  But if we can’t see properly, are half asleep and feeling exposed and/or ridiculous, that molehill can seem pretty big and create a significant stumble.

Just like that wasp, first thing in the morning.