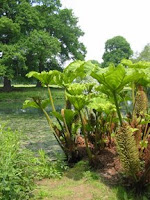 8 Now the LORD God had planted a garden in the east, in Eden; and there he put the man he had formed. 9 The LORD God made all kinds of trees grow out of the ground—trees that were pleasing to the eye and good for food. In the middle of the garden were the tree of life and the tree of the knowledge of good and evil.
10 A river watering the garden flowed from Eden; from there it was separated into four headwaters. 11 The name of the first is the Pishon; it winds through the entire land of Havilah, where there is gold. 12 (The gold of that land is good; aromatic resin and onyx are also there.) 13 The name of the second river is the Gihon; it winds through the entire land of Cush. 14 The name of the third river is the Tigris; it runs along the east side of Ashur. And the fourth river is the Euphrates.
***
Eden. Within it, a garden planted by God himself – still that image of tenderness.  God as a gardener…a picture painted elsewhere, much later.  A garden that he had already created, and where he now places the man – the adam – of his creating.
A garden of many trees – all beautiful, all wonderful food sources.  And among the many, the two trees.
Sometimes people forget there are two trees.  Sometimes when recounting an old memory of the Eden story people only talk of one tree, as if the tree of life  is the same as the tree of the knowledge of good and evil.
But no.  There are two trees, each with different attributes.  They were both  significant – at the very centre of the garden.
The description of the river and its tributaries builds on this idea of watering the ground, which we saw earlier.  A picture of a lush, fertile landscape.
Eden – the stuff of legends.  A garden of provision and of beauty. A place where the man could dwell.  A place where anything could happen.